If you want to kick off 2019 with a dose of inspiration, take a listen to this episode, featuring marathoner and MS survivor Dawn Schottlandt. Diagnosed with Multiple Sclerosis in 1999 at only 23, the New Year marks this exceptional woman’s 20th anniversary as a survivor.  Dawn fell in love with running because it empowered her to keep on going, even though she was confused, angry and scared.  Doctors warned her about all the things she shouldn’t do, and Dawn made it her mission to do the things that brought her joy and running was at the top of her list.  So far, she has run 15 marathons, including the World Majors, dozens of half marathons and lots of local 5ks.  When her MS progressed in 2015, Dawn experienced something called “drop foot” and had to teach herself how to run all over again through the use of a carbon fiber AFO.  This year, she will return to Ireland to run the Dublin Marathon again and her secret wish is to see another rainbow at the end of the finish line, just like she did in 2005. We all experience roadblocks in our lives, but it is how you deal with them that matters. Dawn’s words of wisdom can be found on her popular blog:  www.inmyrunningshoes.com where she says: Be active, fear nothing, and turn obstacles into opportunities.  #storybehindhersuccess    #16LifeLessons   #mydoveproductions    @candyoterry  #ICanIWill #ICouldIDid #OutRunMS.

When we share our stories, we pass along something that is so precious its value cannot be measured.  Do you know what that is?  Wisdom.  When Alyssa Nelson-Kamalu heard the words “you have breast cancer” she was far from being wise.  After all, she had only been on this earth for 28 years.  Married to her college sweetheart,  the mother of a toddler, a victim advocate for the state of Massachusetts, and a brand new homeowner, Alyssa’s life came to a screeching halt.  She was terrified. Alyssa wasn’t thinking about herself, she was thinking about her baby girl growing up without a mother.  One year later, Alyssa shares what her journey was like as well as what advice she might give to a young woman faced with a similar diagnosis.  This is a story about fear and courage, dread and hope, perseverance and success.  Alyssa has made it through surgery, chemo, and radiation.  This wise young woman’s views on life, love, parenting, and what really matters will inspire you. #storybehindhersuccess    #16LifeLessons   #mydoveproductions    @candyoterry 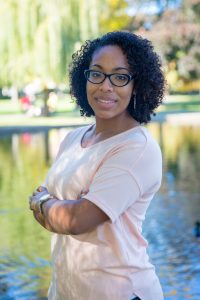 When Leslie Musser gave birth to her son, Colton, she thought about his soft, newborn skin, and decided she would do everything she could to keep that skin away from fabrics that had been treated with pesticides.  That’s when she discovered how hard affordable, organic children’s clothing was to find.    Once a PR and events pro, Leslie had an idea: to create her own children’s clothing line, made from cotton grown in the United States, without the use of pesticides. Enter: KinderCapsule.com: a line of children’s organic clothing that grows with your child. At the heart of KinderCapsule is a passion to put an end to child sex trafficking by donating a portion of the proceeds from every sale to Operation Underground Railroad which rescues innocent children sold into slavery worldwide. Because you are a loyal listener to this podcast series, take advantage of Leslie’s special discount on her clothing line. Just use promo code CANDYO. @kindercapsule   #kinderkids @OURrescue    #storybehindhersuccess    #16LifeLessons   #mydoveproductions 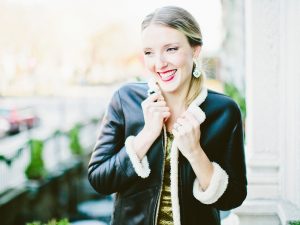 The opioid crisis in the United States is shattering the lives of addicts and breaking the hearts of families every day.  In this episode of The Story Behind Her Success, we meet Kate Genovese, the mother of a son she called her “golden boy” Christopher “Geno” Genovese.  A gifted all-star athlete, Geno experienced 6 serious injuries on the ice as a hockey player and on the football field.  These high school and college sports injuries lead to Geno’s addiction to painkillers, fentanyl and finally, heroin.  Geno died of an overdose at only 30 and Kate’s journey, as his mother and a lifelong registered nurse, brings light and honesty to an epidemic that knows no bounds.  Her book, Hat Tricks From Heaven follows the Genovese family through moments of hope to final heartache.  Kate’s loss is eased only by her need to educate other parents by telling her story and finally, to fund a half-way house with proceeds from the sale of this inspiring book.   #storybehindhersuccess    #16LifeLessons   #mydoveproductions 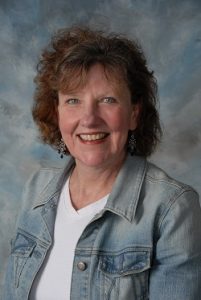