Janis Joplin was only 27 when she died of an overdose in 1970 at the height of her career.  People used to say:  “no one will ever sound like Janis”.  But they were wrong.  Enter Mary Bridget Davies.  Born and raised in Cleveland, Mary wasn’t even born when Janis was making pop history. Yet, she heard her songs on the radio and played her parent’s old albums.  Somewhere, very deep down inside, she connected with singing the blues.  In this interview, Mary shares how she got to where she is today as an accomplished singer, including the long, hard road to Broadway, where she starred in “A Night with Janis”, earning a Tony Award Nomination for her incredible performance as Janis Joplin. Find her music, social links and more at www.reverbnation.com/marybridgetdavies. 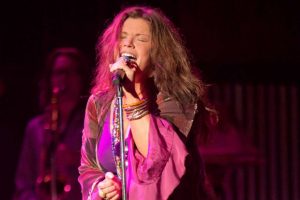